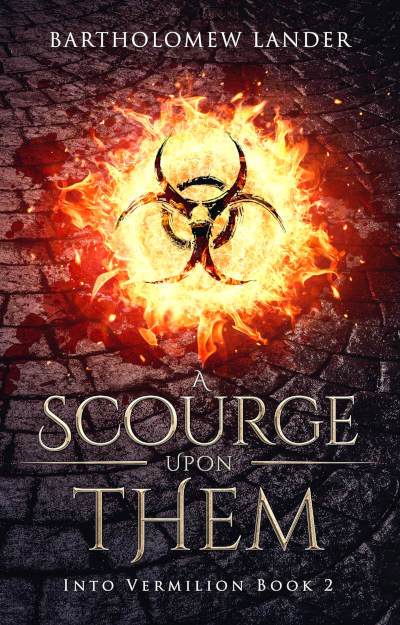 The hemomantic war between the Orchid Veil and the Rosarium has come abruptly to an end. Thanks to the sacrifice of Coral Savary, at last the hemomancers of the 21st century have a shot at relative peace. But before calm can descend, their tentative alliance is threatened by the dark matriarch of the Hyacinth bloodline. As endless war seems poised to rock the hemomancer world anew, former Veil loyalists Lena, Clive, and Jase try to pick up the pieces of their lives in the wake of Lord Malthus’s death.

Ignorant of the drama unfolding between the disparate factions of the hemomancer diaspora, Coral’s best friend Tamara embarks on a quest to find out what happened to her. Torn between her loyalty and the socially instilled terror of hemomancers, she must answer what price she’d pay to see her best friend again. Meanwhile, an outbreak of the dreaded scourge virus erupts in Vermont, and a violent faction of anti-social deviants steps out of its mists to preach of apocalyptic revolution.

With chaos tearing through the country, and the source of the scourge walking the shadows, those connected by Coral’s memory must scrabble for purchase in a world teetering on the edge of extinction. Will Lena avenge Gavin’s murder? Will Tamara find Coral, even if it means betraying her own race? Will Lady Leblanc succeed in unifying the hemomancer factions? Or will the enigmatic Scourge Maiden’s plan for the outbreak come to fruition?

Book II of the Into Vermilion trilogy.