“It is at last time to cast off the shackles of NIDUS, and burn everything between us and the Coronation.” 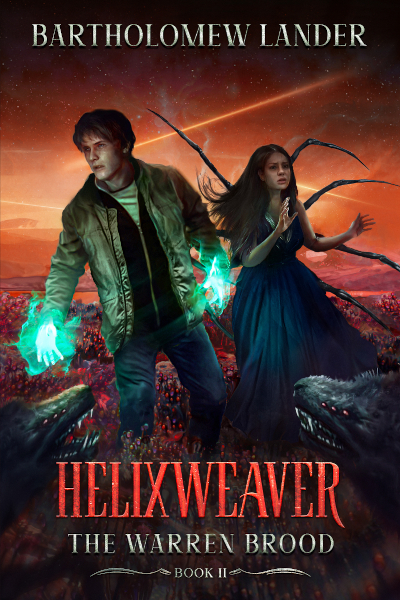 Between being forced to attend prom and barely escaping death at the hands of the enigmatic NIDUS, half-spider Spinneretta didn’t think things could get much worse. That was before she opened a portal to a desolate alien world. Now, with occultist Mark at her side, she’ll have to find a way home while keeping her sanity intact.

With Mark’s plan to destroy the spider cult in ruins, detective extraordinaire Annika Crane is left to pick up the pieces and protect the rest of the Warren brood. Meanwhile, the parents of the spider children come face to face with just what it means to be genetically spider.

But as a power vacuum ignites conflict within the ranks of NIDUS, a perfect storm of violence and dark secrets threatens to envelop not just the Warren brood, but Grantwood and beyond. With the clutches of the spider cult tightening around them, the Warrens will need help from an old friend to evade capture. But the new cult master may prove to be more than anyone bargained for.