“As long as the Yellow King lives, we have no future.” 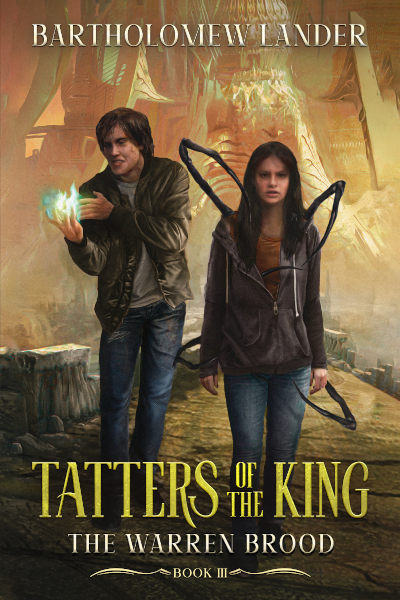 NIDUS has fallen. Though three of the monstrous Vant’therax survived the chaos beneath the Golmont Corporation, the fires have consumed all traces of their ambition. And yet despite their victory, there are no happy endings for the miraculous half-spiders of the Warren brood. With their lives in tatters, the family is forced to relocate and start over under assumed identities.

But something dangerous survived the calamity in Grantwood. Under the leadership of the Helixweaver Nemo, a new enemy rises from the fathomless caverns beneath California to claim the banner of NIDUS.

With her family again threatened by the spider cult, Spinneretta sets out on a mad quest to permanently put an end to their designs, no matter the cost. On the run from enemies as well as allies, fighting against the strange voice in her head, Spinneretta will have to risk everything to stop the cult from laying waste to an incredulous world. But what will she do when she finally confronts what lurks beneath the legendary tatters of the King?