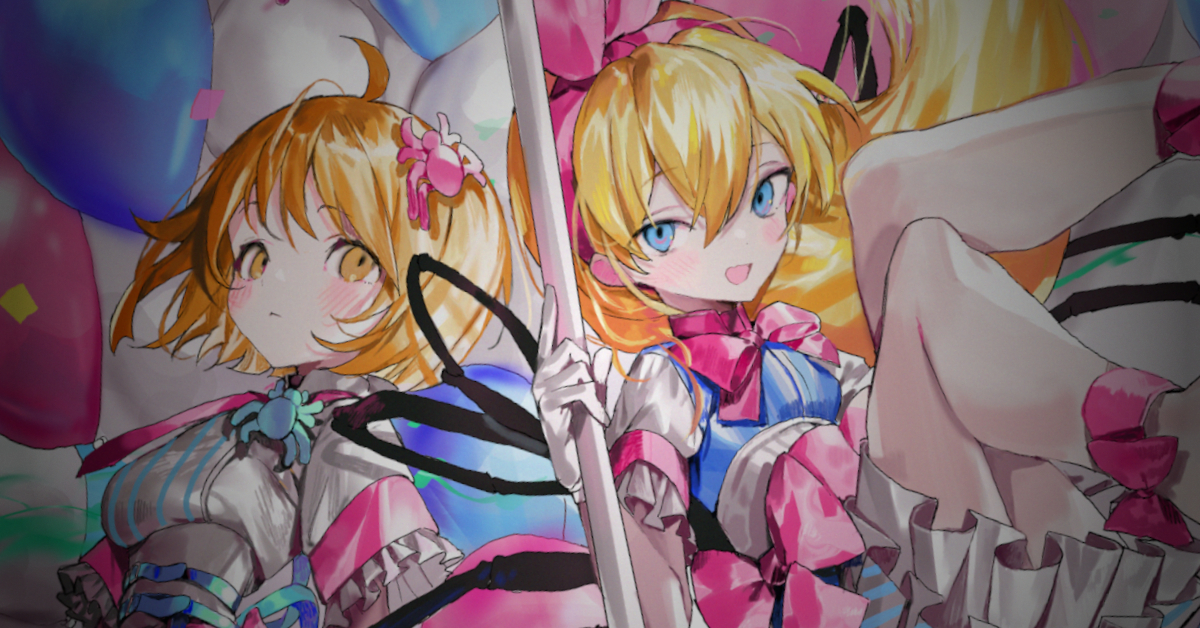 Exciting news straight from the digital storefront! Joining the small list of Warren Brood merch currently available in the shop, I’m pleased to announce the first of several items representing the Into Vermilion series. And these items might be my favorite ones yet. We’ve got posters, mugs, and even mouse pads featuring the key visual of Kirakera!

Look how lovely these are! All thanks go out to the amazing illustrator, Nana Tetra (ナナテトラ, @nana_tetra) who took this baffling, difficult-to-describe idea and gave it the most loving treatment imaginable.

What the Heck is Kirakera?

Kirakera, so abbreviated from its mouthful of a full title Kirakira Kerakera ~ Mahou Kumomusume Monogatari (キラキラ☆ケラケラ 〜 魔法クモ娘物語, lit. “Sparkling Kara-Kara ~ Legend of the Magical Spidergirl”) is an anime series that appears in the Into Vermilion trilogy. Among other such obscure media franchises, it is mentioned as being particularly important to the characters Coral and Tamara. Though very little information on the series is revealed in the first two books, you do get a few more juicy details in the upcoming A Beast of Nine Horns.

And, if you’ve read The Warren Brood, there’s a good chance you recognize at least one of those girls.

The original idea behind Kirakera came about, like many of my ideas, from idle banter with my wife. We were brainstorming ideas for what to do with the Warren Brood universe following the ending of Tatters of the King. One silly idea was to have a webcomic about Kara writing her own fanfiction of the series. That fanfiction would have seen Kara becoming a magical girl and fighting horrific shadow creatures from the future. While it never materialized, I liked the idea so much that I decided to include it as an Easter egg in Into Vermilion. And, since I really wanted to get some more interesting merch for Into Vermilion than just some cover posters, this seemed like a fun thing to add. You can easily imagine one of these posters hanging in Coral or Tamara’s room during the events preceding A Rose in the Torch!

So, what are you waiting for? Head on over to the shop and grab yourself a super-spidery adorable poster or mouse pad!

Category: Merchandise
About the Author