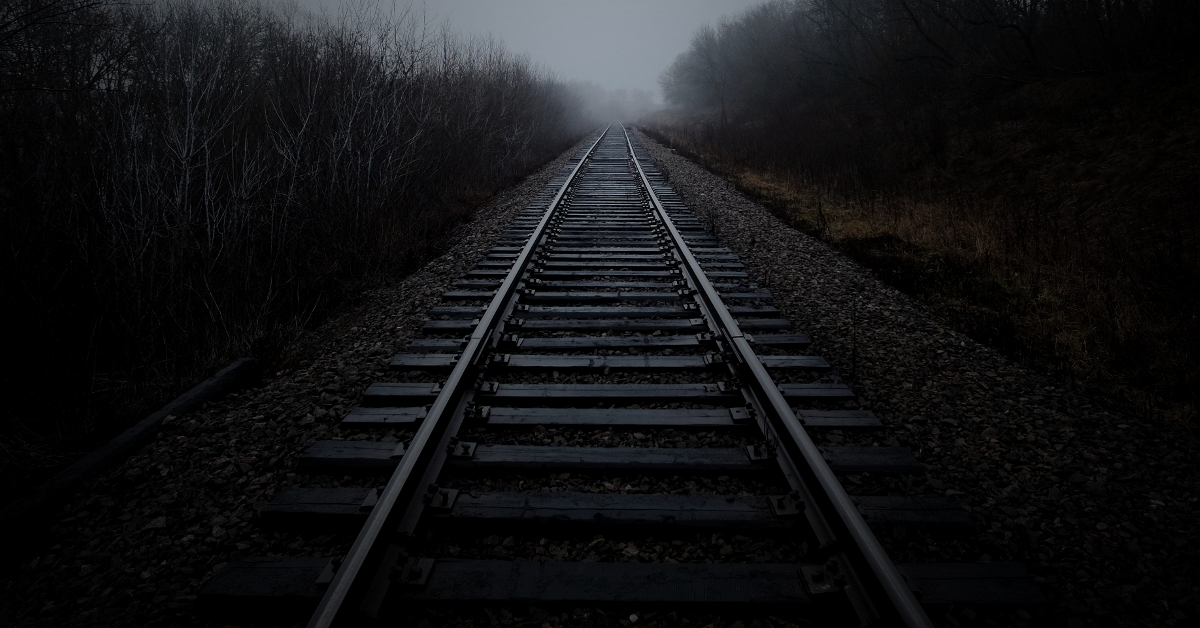 The following story is true. You can tell because it’s not very good.

One day, back when I was in high school, I was hanging out with a couple friends, who I’ll call Jay and Sam. We’d spent the evening playing video games and just being dumb teenagers at my girlfriend’s house. Once the sun went down and it was time for the three of us guys to head home, we started off across town on foot, since none of us could drive at the time. None of us lived nearby, and in retrospect it was pretty dumb of us to wait until it was so late to leave. But we were young, caffeinated, and invincible.

We all decided to crash at Jay’s for the night, since his home was closest as the crow flies. Unfortunately, “as the crow flies” translated poorly into walking routes. In order to get to his house in a reasonable timeframe, we had to cut through a large agricultural sector of our town. At night, this area was a huge sea of blackness you’d see if you were driving down the highway. It took up a huge footprint of our town with orchards and small crops, and it was all ringed in with thick eucalyptus groves. The only navigable route was along the train tracks that ran the whole way through it.

And, being very smart teenagers, we decided to take that route.

It was around midnight when we carefully climbed down the steep embankment from the highway and started off along the tracks. We had no light but the nearly full moon overhead, but we were in high spirits. We passed the time joking and laughing as we made our way through the dark. The only sound beside the crunching of the gravel beneath our three pairs of feet was the distant drone of cars speeding along the highway. That sound vanished entirely once we left the open expanse of the fields behind us and made it into the eucalyptus groves proper. The wind was barely a breath, then. I remember that because of how eerily still it seemed once we were sheltered from the sounds of the highway.

After a while of walking, while somebody was in the middle of a story, Jay suddenly stopped. He turned around, snatched a rock from the tracks, and held it threatening as if he was about to throw it. Sam and I stopped, confused. “What are you doing?” someone asked.

Okay. Weird. Nobody really said anything, then. Frustrated, and clearly a little unnerved, Jay turned back around and suggested we keep going. We did just that, though my heart was beating pretty hard at that point. Most treks through the darkness don’t include questions about hearing footsteps.

As we continued on, nobody said anything. You could tell: everyone was just listening. And soon enough, we all heard it: the crunch and rattle of gravel being stepped on. It came from maybe six feet behind us, keeping pace. And again we abruptly stop, turn to confront whoever was there. And once again, there was nobody. The footsteps stopped just as soon as we turned about.

Remember: the moon was full, lighting the groves and tracks with a thin, pale glow. If there was somebody there, we’d have seen them. Remember, too, that we were in a thick grove of eucalyptus; there were no echoes to trick us into thinking we were hearing footsteps. The path, which was cleared of trees and paved in gravel, was probably fifteen to twenty feet wide, so there was no chance somebody was following us and then ducking behind a tree when we turned. Whatever we heard was there, and we could not see it.

We stood for a longer time, then, staring into the space where we’d heard the trudging steps of something only moments before. The fear crept in on us. As we turned and continued on once more, we tried to figure out what we were dealing with. At which point Sam decided it was a fine time to remind everybody of something: this was the exact place a high school girl had been killed by a speeding train the previous year as she walked the tracks in the middle of the night.

We discussed this fact as we walked on, fighting over the details, presumably tailed by the restless spirit of the girl. We picked up the pace, but the enigmatic footsteps came faster, never reaching or overtaking us, but always keeping pace. We just wanted to get out of the dark, and we could feel the distance then more than ever.

We only stopped to face the footsteps one more time. That time, as Jay held his rock threateningly, he gestured into a thatch of trees encroaching on the path with a shaking finger. “Do you see it?” Neither Sam nor I did. “It’s like a… Like a short thing, squat thing. Like an ET. Big, red eyes.”

I don’t know what it was he saw–if he really saw anything at all–but the next thing we knew we were running, and the footsteps once more were right at our backs. They seemed to be hurrying now, just as we did, and I think we all imagined that the thing’s pursuit was something born of hunger or malice. And as the gravel crunched and crashed behind us and under our feet we ate at the distance separating us from the edge of the agricultural zone.

We ran for our damned lives for what felt like forever, but once the concrete overpass finally came into view with its orange streetlamps’ glow, the footsteps abruptly ceased. We didn’t; not until we made it all the way to the concrete embankment and out of the darkness.

The weirdest part? After we made it to the overpass and its halo of safety and illumination, we checked the time. It was exactly 2:01 a.m. “The witching hour,” Sam said with a bit of a grin, as if he hadn’t just been running scared from something invisible.

We spent some time just sitting there, basking in the light and the drone of cars passing a dozen feet above us. We waited to see if anything would come out of the woods, but nothing did. The path behind us was as empty as when we’d walked it. Eventually, when we’d talked ourselves hoarse about the experience, we walked the rest of the way to Jay’s house, keeping one eye over our shoulders at all times.

These days, I look back on that weird occurrence as the three of us walked the tracks through the darkness of those eucalyptus groves, and I wonder just what that was. At the remove of 15 years, I can’t rule out group hysteria, nor can I rule out the (highly mockable) paranormal explanation. The fact is, I don’t know what happened, and probably never will. And that’s kind of alright. I’d rather have the mystery than the answer.

This memory also cropped up recently while I was ruminating on the idea that aphantasia might impact the way we experience paranormal events. What if, and forgive me for dipping my toes in the deep end of the pool, Jay really did see some sort of entity in the trees, but I was unable to perceive it? The “red-eyed ET” description he gave doesn’t exactly mesh with the assumption that we were being stalked by the spirit of a dead high school girl, after all. It calls to mind things like Mothman and the Flatwoods monster, figures more common in stories of high strangeness than simple ghost encounters.

Whatever may have happened, it makes for a decent enough story to spin beneath a full moon! And whether you believe it or not, there’s a good chance that if you ask around you’ll find a friend or family member with a similar story, perhaps one you’ve never heard before. So this Halloween, let’s #NormalizeTheWeird by bringing those stories out for everyone to see, and bask in the utter strangeness that is our world.

Category: Paranormal
About the Author